Learn about preventable plumbing emergencies that homeowners across Colorado Springs deal with in this short, to-the-point post. 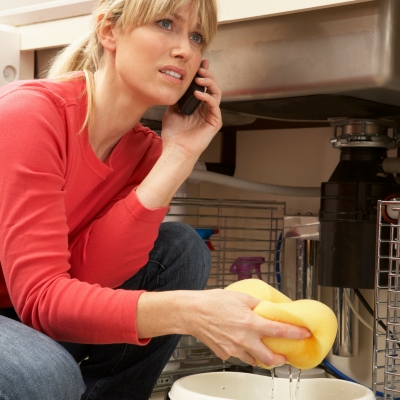 Stop Plumbing Emergencies in their Tracks

Did you know that most plumbing emergencies are entirely preventable? They are! Don’t wait until your plumbing issue has become unmanageable before giving it attention; instead, use these tips to stop oncoming plumbing disasters in their tracks.

What preventable issues do emergency plumbers in Colorado Springs respond to most?

There are countless items that you should never put down the drain, but many households make the (all too common) mistake of underestimating the devastating power foreign objects can have on a plumbing system.

While kitchen sinks are a common place for drain clogs to appear, the most severe plumbing emergencies happen outside of the home entirely.  Instead, Front Range homeowners have to be on the lookout for a more conspicuous (but even more serious) plumbing issue – sewer line clogs.

Because the older homes in town are prone to sewer line issues, most emergency plumbers in Colorado Springs have been called on to correct a severe sewer line issue at least once in their career.

To prevent damaging your septic system and sewer plumbing lines, avoid sending any solid materials down the drain, including:

By thinking twice about what is put down your drains, you can actively prevent a serious sewer line clog – saving thousands of dollars along the way.

Colorado Springs homes built between the 70’s and 90’s frequently used PB piping, a now-known brittle and leak-prone pipe material. Unfortunately, these pipes are still present in many of the older homes located on the west-side of town, as well as Fountain, Security-Widefield, and Monument.

While a leaking pipe may seem like a small issue, slow leaks can seriously damage the structure of your home by introducing wood rot and mold. If the leak is unaddressed, it can eventually burst, causing even bigger problems like flooding.

To avoid serious plumbing emergencies, we recommend having a professional plumber inspect the piping on any old property you purchase. If you already own a home and believe it was built between the 70’s and mid-1990’s, don’t wait until it’s too late – have your piping inspected to determine if a replumb is needed.

Of all the preventable issues that emergency plumbers in Colorado Springs respond to, leaks caused by bursting pipes are one of the most common.

Whether you live in an apartment or a single-family home, it’s not uncommon for the frigid Front Range temperatures to give pipes a run for their money. If you have any exposed piping inside or outside your home, research a few ways to prevent them from freezing. For indoor faucets, we recommend turning them to a drip to prevent them from freezing.

One of the easiest ways to prevent severe plumbing issues is by maintaining your plumbing system through due diligence. If you live in one of the older homes throughout Colorado Springs, it’s worth having your pipes inspected at least once every few years to check for common plumbing issues (like minor leaks and clogs) that worsen if they aren’t corrected immediately.

For homes built between the 1970’s and mid-1990’s, we recommend having your entire plumbing system checked for PB piping. Finally, all homeowners should winterize their pipes when freezing temperatures (anything below 34 degrees) return to the Front Range.

Get a free estimate from an experience Colorado Springs plumbing contractor. Fill out our online form for a fast response or call 719-232-4720 to speak with a plumbing expert.

Absolutely the best. If you want something done right the first time hire these guys. You won't be disappointed.

Very quick, professional and affordable! Highly recommend Aaron. We will use him again for future needs!

Great work and fast thank you for all of your help Jason.