3 Signs Your Drains Need To Be Cleaned

Follow these simple steps to keep your drains clean and save you time and money in the long run. 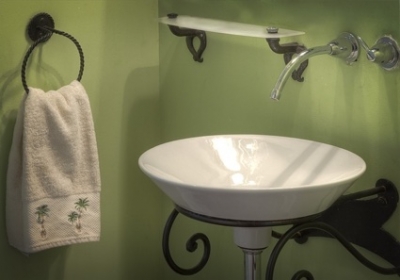 Without drains in your sinks and bathtubs, you’d be bailing water out of your house with a bucket. Pipes and drains are exactly what we picture when we think of plumbing systems. They're complicated and well hidden within the walls and floors of your home, making diagnosis of potential problems a real pain. Professional plumbers use a host of sophisticated (and some not so sophisticated) means of figured out what the problem with your pipes is.

There's a few signs to watch for to give you some indication that it's time to have your pipes checked by a professional. Sometimes the offending problem is nothing a simple bottle of Drano can't fix but othertimes, the solution may involve entire sections of the plumbing replaced. Since drains are an important part of every home’s plumbing system, keeping them clean, clear and maintained is extremely important.

1. My sink/toilet is not draining

This means you have a clog somewhere in the drain pipes. The clog can be anything from a large wad of hair, toilet paper, or foreign objects like cell phones or children’s toys (yes, it happens).

Even if nothing large has been dropped down your system recently, pipes are prone to developing build ups over years of use. Fixing the clog really depends on what the clog is and where it is in the drain.

Many times, if the drain is clogged with hair, a simple drain snake can be enough to clear the problem. Grease can also build-up in your drain pipes.

For kitchen plumbing, grease is a pretty common culprit. A lot of people find that a baking soda/vinegar solution does the trick to move the grease on. Some also say that pouring boiling water down the drain will clear out a grease clog.

But there are other, more severe, problems that require the help of a licensed plumber.

Sometimes tree roots can grow their way into pipes, causing both clogs and leaks. This is a big problem because tree roots can do a lot of damage to your home’s entire plumbing system. Repairs for this will require a professional plumber and ground excavation to clear away the roots and replace the damaged pipes.

Other foreign objects might be jammed in the pipe enough that a plumber needs to come out to take the pipes apart to clear out the cause of the clog.

Try to avoid drain-cleaning chemicals that you can buy at your local hardware store if you are routinely facing pesky clogs. While these chemicals are fine for the occassional clog, over time they can also corrode the pipes, causing small holes and cracks to develop. Fixing this will require complete pipe replacement.

Slow draining means a clog is developing somewhere in the drain pipes. Taking care of a slow drain early on can avoid bigger problems down the road.

But sometimes an object gets lodged in the drain pipe and only partially obstructs the pipe. If it’s an object like a toy, cell phone (seriously, this happens a lot if you have kids - they love flushing things down the toilet) or anything else that’s not supposed to be down there, you might need to take the pipe apart to get it out because a drain snake won’t be able to grab the heavier objects.

This problem is most common in kitchen plumbing. Foul smelling odors coming from your drain is another sign that your drains and pipes need a good cleaning. For example, the kitchen sink drain might have a build-up of food particles, which can cause it to stink.

Another, more unpleasant, cause of foul odors coming from your drain is that a small animal managed to get into a pipe and died. Finding out where the dead animal is will take some detective work, usually the best option is to have a plumbing camera inspection diagnosis performed. A plumber may be required to replace the portion of the pipe. Keep in mind that a dead animal can carry diseases and dangerous bacteria, so a thorough cleaning of the drain pipes will be needed.

Prevention Is The Best Cure

Just those simple steps will keep your drains clean and save you time and money in the long run.

Get a free estimate from an experience Colorado Springs plumbing contractor. Fill out our online form for a fast response or call 719-232-4720 to speak with a plumbing expert.

Absolutely the best. If you want something done right the first time hire these guys. You won't be disappointed.

Very quick, professional and affordable! Highly recommend Aaron. We will use him again for future needs!

Great work and fast thank you for all of your help Jason.